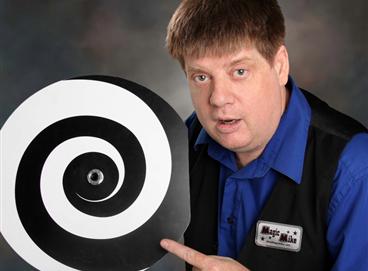 “I have known Mike professionally since the year 2000! He comes to our school annually and is amazing. The children at Flowers Montessori School range from 2 1/2 - 6 and enjoy his show very much. I encourage all centers to give this gift of magic!”

“For over ten years Magic Mike has packed the house with his kid-friendly magic tricks. He has a great rapport with children of all ages. Highly recommended!”

“We recently asked Mike to come out to our very large district scouting event with an audience of approximately 500. He put on a very entertaining show for the Cub Scouts. He is very engaging and involved the kids throughout the show. Mike is so talented that you will be amazed how much he can pack into one show.”

“Magic Mike is a true professional. His magic is loved by kids, college students, and anyone lucky enough to happen by.”